Architect vs Builder – Who do I speak to first when renovating my home?

Here’s the story, of a lovely lady…

No, no, this is not the story of the Brady bunch. It’s a story about a homeowner, Sally, her partner Matt and an Architect and a builder.

This is a story we see play out far too often and we hope by sharing Sally’s story, we can help you avoid your own architect vs builder situation.

Sally and Matt are homeowners in Newcastle. They love where they live. The street is quiet, the neighbours are great and the community is one that their kids, and themselves, have grown to know and appreciate.

Sally and Matt don’t want to move. But their house is way too small for what they need, the kids are growing, their family is expanding and everyone is living on top of each other.

So a structural renovation is where they direct their attention.

Sally and Matt meet the Architect

Now, it just so happens that Matt was talking to a mate at a BBQ on the weekend and the subject of the renovation came up (as it does). Matt’s mate gave him the details for an architect he knows and Sally and Matt called the office the following week.

It all seemed so seamless. The architect went through how their service works, asked what Sally and Matt wanted in their home and set about creating plans that included everything on their wish list.

And the plans were great. The flow in the home was good. The new elements were designed to work well with the existing home and everything that Sally and Matt wanted in their dream home was included.

But there was one design criteria that was not met. The most important criteria of all.

Do you know what it was? Read on to find out.

Now that Sally and Matt had tangible plans and they could visualise and imagine themselves in their new home, they were starting to really get excited.

So onwards they continued with the project and called the builder to get a quote for the project.

And this is where they hit a snag in the road.

The builder reviews the plans, inspects the existing home and talks to Sally and Matt about their goals for the project. And the more information the builder gathers the more they could see a glaring problem.

Even though Sally and Matt’s new home plans were great… Perfect in almost every way for what Sally and Matt were wanting to achieve, the plans did not align with the budget.

In fact, they were far from what could realistically be built for the price Sally and Matt were wanting to spend.

While the Architect had completed his role and delivered plans to Sally and Matt with everything they asked for, unfortunately, the budget was not considered and the renovation costs were way beyond the budget allocated.

This is a big mistake and one that is made all too often. Projects need to be driven by costs. And in this case, it wasn’t.

Now, it was up to the builder to break the news to Sally and Matt. And they had to decide either:

Sally and Matt took some time, discussed their options and decided to reduce the scope of work. This meant having all their plans redone. Not a major mistake in the grand scheme of things, but a costly mistake that could have been avoided nonetheless.

Architect vs Builder. Who do you speak to first?

Unfortunately, the situation Sally and Matt found themselves in is a situation we see far more than we would like. No one wants to be the bearer of bad news, particularly us, the builder. But we also don’t want to see you run out of money halfway through a project.

It’s estimated that up to 70% of all architecturally designed homes are never built. Now, this could be for many reasons, but we would hazard a bet that pricing (or not meeting project budgets rather) would be up there as one of the main reasons.

Architects are artists. They are wired to visualise the form and function of a home. But unless they are also working consistently on-site or alongside a construction team, they can quickly lose track of how much it actually costs to build a home.

What may be a quick design change on your plans could be just enough change to blow your budget when the design is built.

For Sally and Matt, while they now need to go back to the drawing board with their plans, the good news is that they hadn’t ordered any other work to be done before speaking to the builder.

If they had proceeded with getting other reports and plans done for the property… Engineering or energy efficiency reports, for example, would also have to be redone.

For this reason, we always recommend speaking to a builder first.

Even if you get a ballpark figure for your project, it would be better than simply hoping for the best. And with building supply shortages and the price of construction changing rapidly, it’s more important than ever to make sure your project is cost-driven above all else.

But how will the builder know what to price if we have no plans?

Don’t get us wrong, we are not saying you won’t need plans. You will definitely need plans. However, a good, experienced builder will be able to give you a rough estimate of the cost of your project based on discussions, an inspection of your property and experience.

When you invite a builder out to your property to give you an idea whether the project is viable and what it will roughly cost you, they will be looking at a whole host of things including but not limited to:

A good local builder who undertakes a lot of projects in the area will also likely have a good idea about the soil type, what the council requirements are and whether the property is potentially heritage listed or has a character overlay.

Some of these factors will be taken into consideration by an architect, but not all of them.

In fact, there is a large array of detail in a project that can change the end price. So any estimates you get should be taken as just that. Estimates. But this will be enough for you to determine if you will have the fund to proceed with the project and it will be enough information to have concept plans drawn up.

Architect vs Builder – Having the best of both worlds

The ideal scenario when it comes to building a new home or undergoing major renovations is to find a builder who has an architect or building designer working within the same company. A builder who has a good working relationship with an independent architect and has worked together on projects in the past is another great option.

When the builder and the architect are working together they are able to create an ideal plan for your home that will also work with your budget. Having an architect and builder working together also makes the project run smoothly throughout with any adjustments or changes that are needed.

So if you are wanting to build or renovate your home and you are weighing up the architect vs builder scenario. Don’t make the same mistake that Sally and Matt made. Speak to the builder first.

Walkom Constructions is one of the few renovation builders that has an architect on board as part of our team. This allows us to give you the best possible options for your home design while making sure we are working within your budget.
To eliminate the Architect vs Builder headache today, get in touch and one of our team will be happy to talk you through our process of building architecturally designed and renovated homes.

PrevPreviousTop 5 home renovation concerns and how to avoid the stress
NextRenovation budget: Tips for managing the money on your home renoNext

Thinking of Renovating?
Read this First! 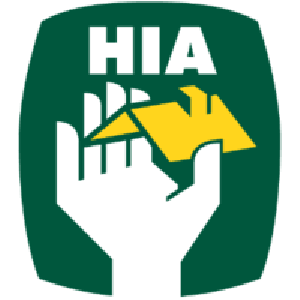 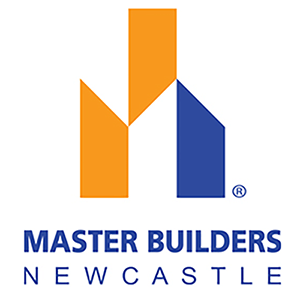 Thinking of Renovating?
Read this First!